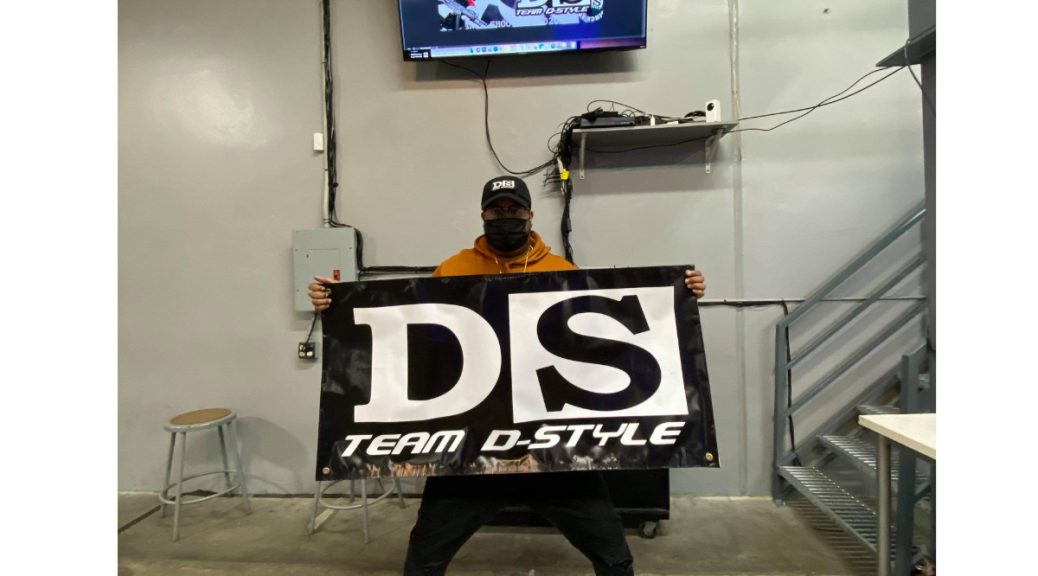 This past weekend here at Super-G we had the honor of providing the venue for Team D-Style’s Santa’s Shootout 2020. This was a real change of pace for me in particular since I took a backseat to Shaine and Mikko and let them make all the calls. As they say, too many cooks spoils the broth. I am a firm believer in this, so Shaine was the Chef in charge.

Earlier in the week, Shaine pulled on his experience from his travels in Japan to bring a Japan Comp style layout to The Arena. RawFew’s Nick Lepisto also came to help with the huge task of laying down the tape for the track. It’s an exhausting task and not fun to be perfectly honest. I was glad to see everyone was on the same page and gave Shaine full control and I must say he did not disappoint! This layout was definitely a different style than what we are used to, but for good reason, the style of competition is also different.

We were also excited to test out Super-G’s latest addition, the second floor. We constantly find ourselves in need of more pit space, so this seemed like the most logical move. More than that, it provided a place for the judges to observe the comps from. We (The Judges Shaine, Manny, and myself) were not sure what to expect since this was our first time judging from up top. All I can really say is it is a game changer! We went from averaging 10+ replay sessions per comp to aid in making the right call, to only 1. I am extremely pleased with this, and excited for the 2021 season. We have just leveled up on the judging game. Everyone can be assured the quality of judging has just made a huge jump.

With the COVID shutdowns in place again, we found ourselves missing one of the main dudes, the US Drift King, Mikko Yang (Team DSytle / Team ReveD). The RawFew quickly stepped up and handled all the other tasks that go along with hosting a comp. (Brackets, Tech, etc) It went as smoothly as expected, especially since this is nothing new to anyone here. Team DStyle is constantly working hand in hand with RawFew here at Super-G, and this was no exception.

Qualifying
For this competition there were some differences from our usual Super Drift Championship Series we are used to here. There was heavy focus on the initial entry to the sweeper, and we were also allowing “some” contract with the walls and barriers. This brought out some wicked entries and some really gutsy moves. It wasn’t enough to just be able to drive smooth and exact, you needed to bring that style! Although many obviously came out to prove they can throw down, Aydin Angulo (Team Zenshin) threw down some mad qualifying runs and landed TQ (Top Qualifier) of the event! Slide Ti donated a cool titanium turnbuckle wrench for the TQ of the day!

Tsuiso
Then came time for what this was all about, the tandem battles! A couple changes compared to what we normally look for was heavy emphasis on the initial entry to the sweeper, and we were allowing contact. The battles were really intense! It was clear there was some serious skills in the house!

It all came down to the Top 4, which by TDS standards, everyone in the Top 4 was taking home a trophy. The Top 4 was Alfredo Chan III (Tech1Drift) vs. Aydin Angulo (Team Zenshin) for 3rd and 4th, and Zerek Fewell (Slide Ti) vs. Jason Fordyce (RawFew / Team Futaba USA) for 1st and 2nd.

First up with Alfredo and Aydin! Their first round resulted in a OMT (One More Time) since they were so close on their runs. The second round, Aydin wasn’t taking any chances and went DEEEEP everywhere. Aydin clearly took the 3rd spot and Alfredo locked down 4th!

Then it was time for for the Main Event, Zerek vs. Jason for 1st and 2nd! Both put down some serious runs, but Jason pulled off an insane entry AND rode the entire sweeper wall within fractions of an inch!!! The rest of the run was impressive as well, but the entry and wall ride was enough to seal the win and 1st place! Zerek took home a hard fought and well deserved 2nd place!

A huge shout out to Team DStyle, Shaine and Mikko for putting on a great event! Everyone seemed to have a blast and in the end that’s what it’s all about!