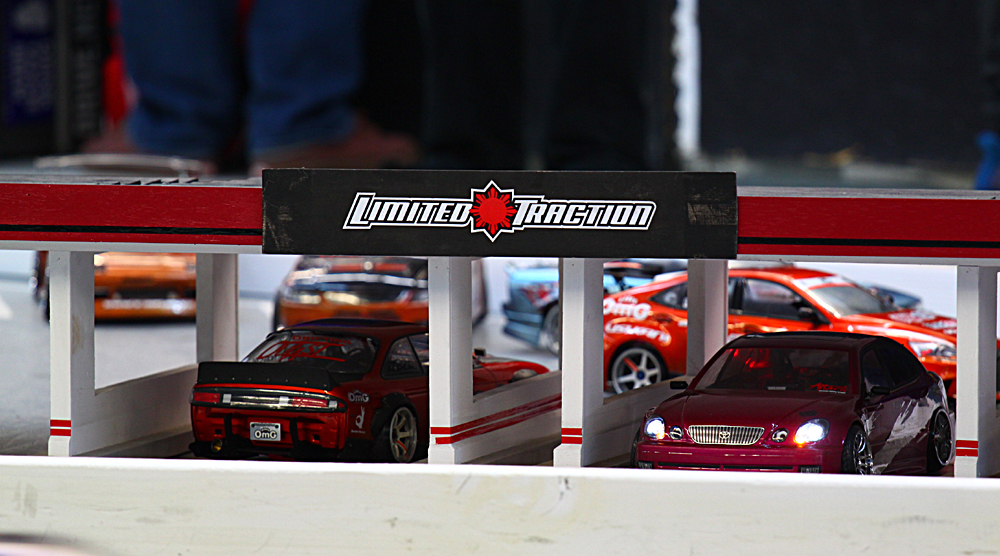 We arrived at the Limited Traction Drift Arena a little later than expected due to breakfast taking longer than we had hoped, but they had a pit area all set up for us when we arrived. It was obvious Dennis and Rynne and the rest of the team have been hard at work. This track is awesome! The layout flows and these guys can drive! Of course it was everything we expected coming from the Limited Traction guys, but to actually experience it is something else. The layout is a mini-Meihan. We are so jealous of how well Limited Traction does the scale stuff. Yes guys, we noticed all the hard work you have put into it. You’re are always raising the bar. Great job!!! 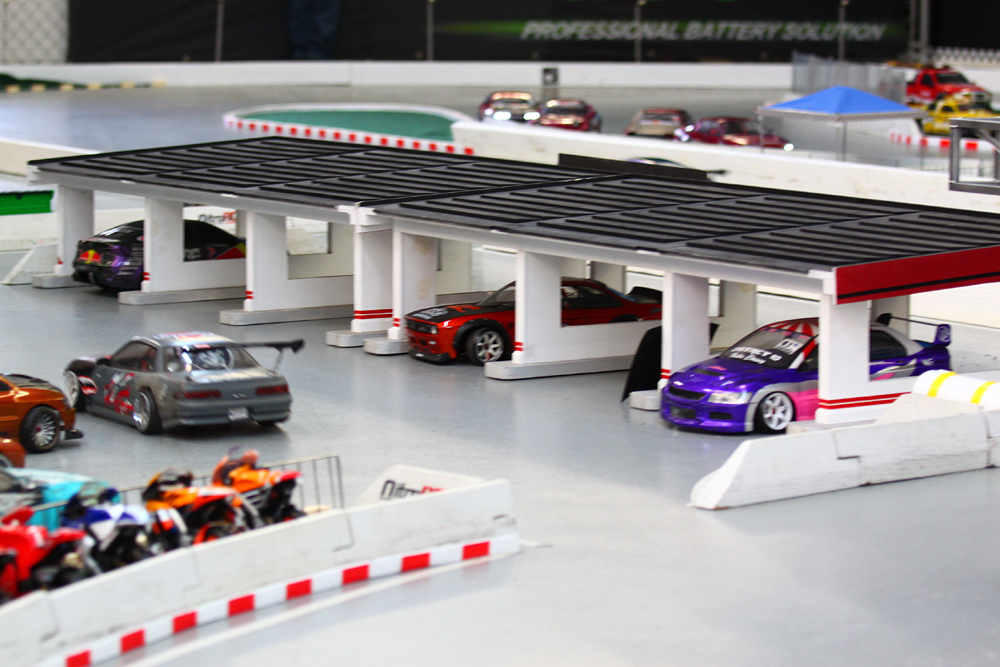 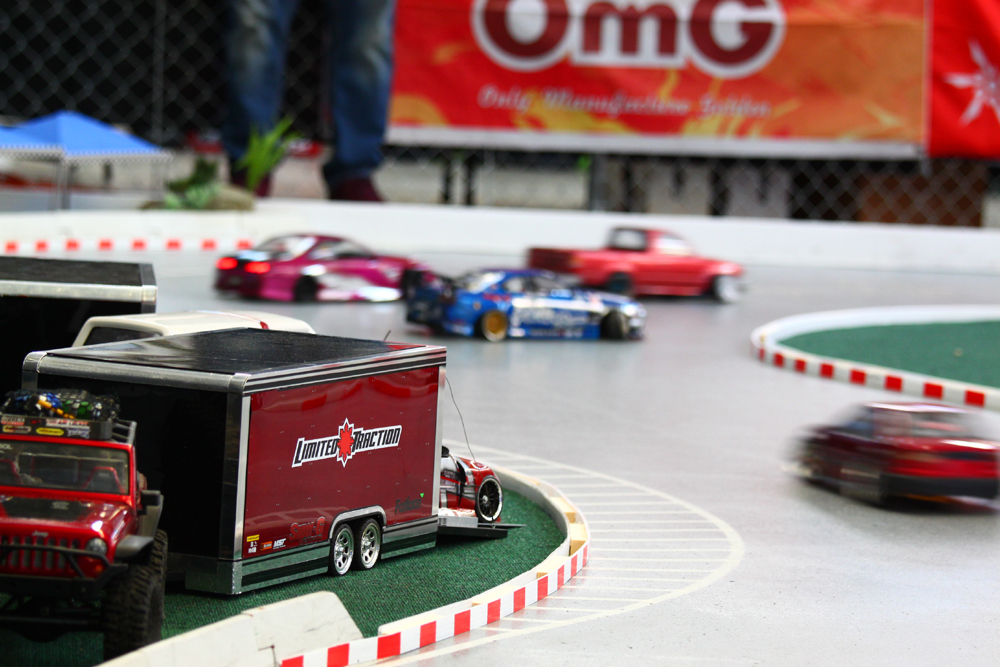 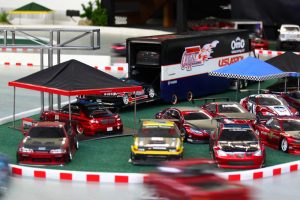 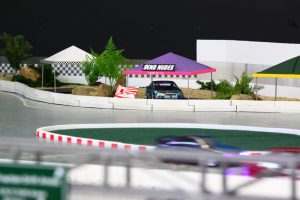 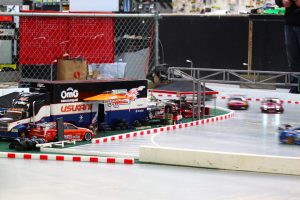 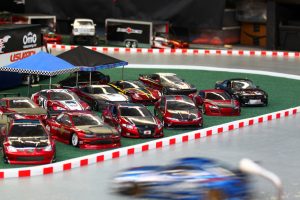 The session was sick! Long tandem trains and some sick sideways action. One of the Super-G regulars, Erik Gonzales of the Speed Junkies was there, and we were also joined by Jeremy from Driftwell and Jay from The Shop, both from CenCal, as well as a ton of locals. I’m sure I’m missing a lot of others. (Please forgive me) It was awesome! It was a different experience for us since we are used to being the ones hosting. Ha!

And if that wasn’t enough, there was a ton of good food! Some KILLER tacos and dogs with all the trimmings! Wow!!! These guys showed us some serious hospitality. 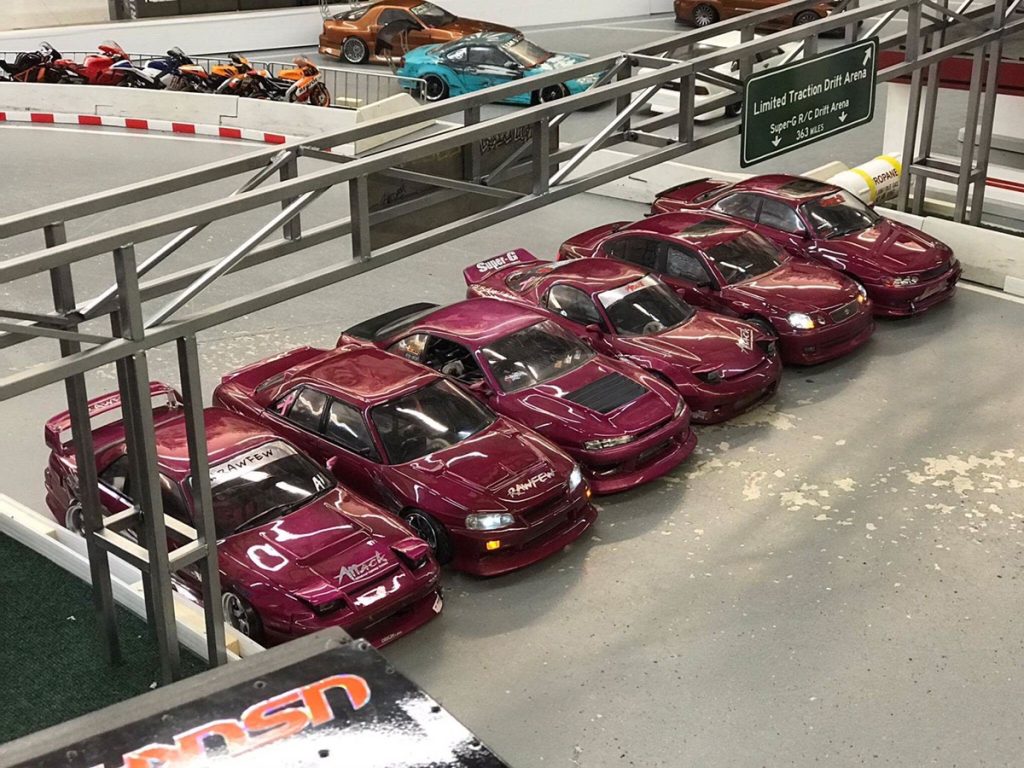 We had been working on a little addition for the Limited Traction Drift Arena, and we thought it would be cool to kind of “bridge” the gap between NorCal and SoCal. A gift from Super-G / RawFew. We hope they enjoy it.

What an awesome day of getting sideways at the Limited Traction Drift Arena! We were so honored to be their guests. We felt right at home with the fam! The atmosphere and attitude was as good as it gets. People coming together to enjoy a common interest. People helping each other, and genuinely having a great time. Since the doors close at 7pm, Dan planned a night session at Fatlace RC Drift Garage.