February 17-19, 2017
It has been a long time in the making, but it finally materialized, the Super-G Team, The RawFew made it up to visit our NorCal Drift Family – Limited Traction, Team D.T.F. and Team Bushido and check out the new Limited Traction Drift Arena and the iconic Fatlace RC Drift Garage at the Fatlace Paddock.

Anyone who lives in the LA area knows what kind of weekend this was. The worst rain in the past 6 years. (So they say) I don’t think we have seen flooding like this, ever. Joe and myself left the LA area about 11am and found it to be a pretty leisure cruise up the 5. The rest of the team wasn’t so lucky. After battling flooding and traffic jams for a couple hours, they finally made it out of the LA area, only to held up by a mudslide for another couple hours.  We were relieved when they finally arrived at 3am.

Day One – Friday Night:
We had intended to arrive the night before so we could be fresh and ready for the Saturday Drift Sessions. We had no idea what there was to do Friday night, but luckily Brother Dan made time to hang with us. We met up with Dan, Mike, and Andrew at the Fatlace Paddock and headed out for some ramen.  We ended up at Ramen Parlor which was right around the corner. 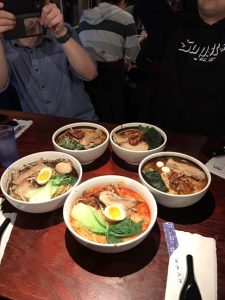 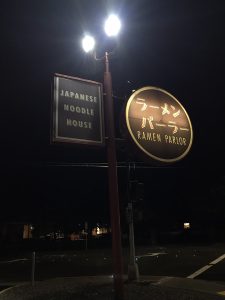 Ramen Parlor is one of the local favorites and is about a 2 minute drive from Fatlace. Joe went with Dan’s recommendation which was the Lobster Pork Ramen. I went for the the Tan Tan Men Extra Spicy. It was at the tail end of the night and they were running out of ramen. We all opted for extra noodles which we later realized probably kept a few people from getting in. Oops! This place serves some solid ramen. A definite go to if you’re in the San Mateo area. 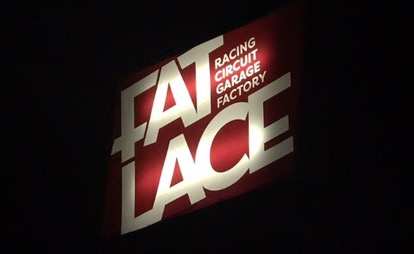 After dinner we headed back to Fatlace and got the tour of this truly amazing facility. It’s basically a dream garage, filled with the cars to match. We had the pleasure to kick it with Dan, Mike, and Andrew for a few hours of casual talk. It quickly became clear we are all on the wavelength when it comes to R/C Drift and many other areas.

Joe and I really wished the team was able to experience this with us, but unfortunately they were still battling the mud and rain.

The team started out the day by heading over to Bill’s Cafe for some breakfast. This place had some pretty good food and everything sounded good. No, not good, GREAT. I had a hard time choosing since I wanted it all. I’m all about going back the next time we are in the area.