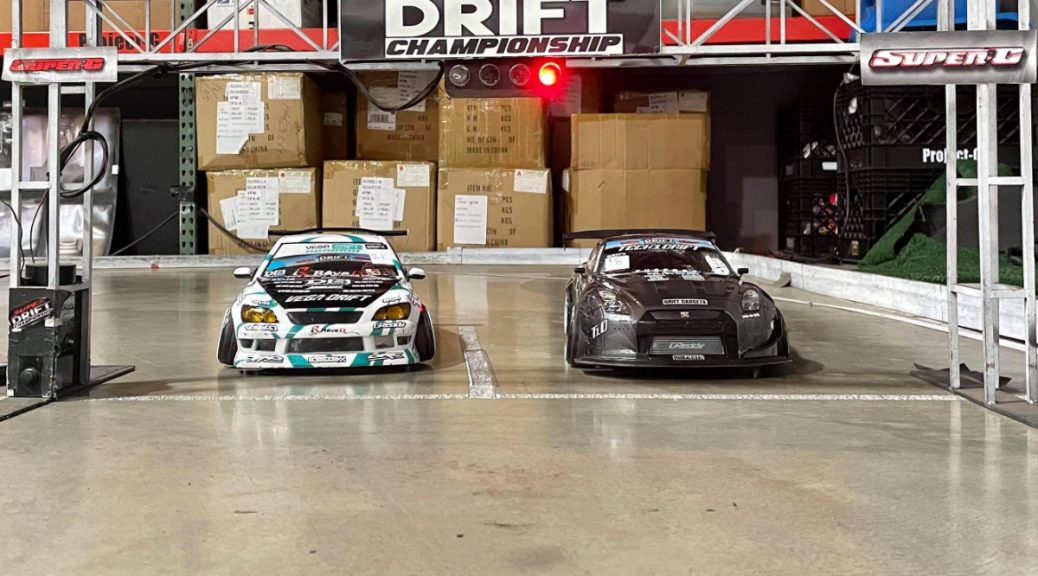 This past Saturday was the Super Drift Championship 2021 Round 7 for the SoCal Region. It sure seems like everyone is gearing up for the upcoming Regional Finals and the Super Drift Championship 2021 U.S.A. Finals in October! When I say the driving gets better every round, it really does. The skill level at the moment has surpassed any type of expectation I had at the onset of this season.

Round 7 was the first comp in over 3 years here at Super-G where I was not a sitting judge. It was strange to say the least, but it allowed me to move about during the competition and see what else goes on. It was definitely needed and we have some plans to make it more pleasant in the upcoming rounds.

The Judges for Round 7 were Manny Campalans, Shaine Collins, and Ted Britt. If I could choose 3 people to judge, this would be it! Not only do they each have a deep understanding of the rules, but also why they have evolved into what they are today. All 3 also share the vision of serving the community and pushing the scene forward, so I could not think of a finer group to judge.

This Round appeared to the the same layout as the previous round, but everyone quickly realized it was anything but. There were a few tweaks to the layout that visually have the same appearance, but completely changed the line and flow. The usual suspects were laying down some serious qualifying runs, but there was one who really put the smack down and landed himself the Hoonigan TQ of the event, Alfredo Chan III of Team RAZR / Tech 1 Drift! If there is one thing Alfredo has shown everyone month after month is he can definitely throw down. With the next closest competitor 10 points behind, Alfredo had really established he was here and he meant business. Congratulations Alfredo for grabbing the TQ Title!!!

Round 7 was simply just an amazing display of R/C Drift Skills and drivers with nerves of steel. The battles were exciting as always and the skill was next level. By the end of the battles, it had come down to to Alfredo Chan III (Team RAZR / Tech 1 Drift) vs. Mikko Yang (Team ReveD / Team DStyle) for 1st and 2nd, and Austin Gregorio (Team Zenshin) vs. Aydin Angulo (Team Super-G / Futaba USA / Acuvance). First up was Austin vs. Aydin. Austin had been putting it down all night and appeared to really find his comfort zone. Going up against Aydin makes the best drivers nervous. Things were going great for Austin, but then it happened just as he was going to put the power down out of Zone 1, Austin had an unfortunate spin, handing over the win and a solid 3rd spot on the podium to Aydin!

Then it was time for the battle for 1st and 2nd with Alfredo vs. Mikko. Both of these guys are no strangers to the final battle. Mikko knew he had his work cut out for him as he was up against the TQ of the day, Alfredo! Out of the gate Alfredo was on the offensive with a extremely good lead run. Mikko had a decent stutter out of the gate and it seemed to set the tone for the rest of the run. With the title of TQ under his belt already, Alfredo was able to put together some great runs and lock down the win and First Place!!! Mikko took home a hard fought Second Place.

Sportsman Class
The Sportsman Class was a little smaller this round, but that didn’t make it any less exciting. First up was Zach Watson vs. Alfredo Herrera. Alfredo was able to pull off the win, landing Zach in Third. Alfredo went up against Don Chang for the Finals. Don was able to land himself the win and First Place! Alfredo took home a respectable Second Place!

Next Round is the Regional Finals for SoCal! It is also the Double Points Round!
Talk about exciting. REMEMBER, there is still a chance to qualify for the Super Drift Championship 2021 U.S.A. Finals in October. Just come out to Round 8 and land a podium spot, or participate in 4 or more Regionals.