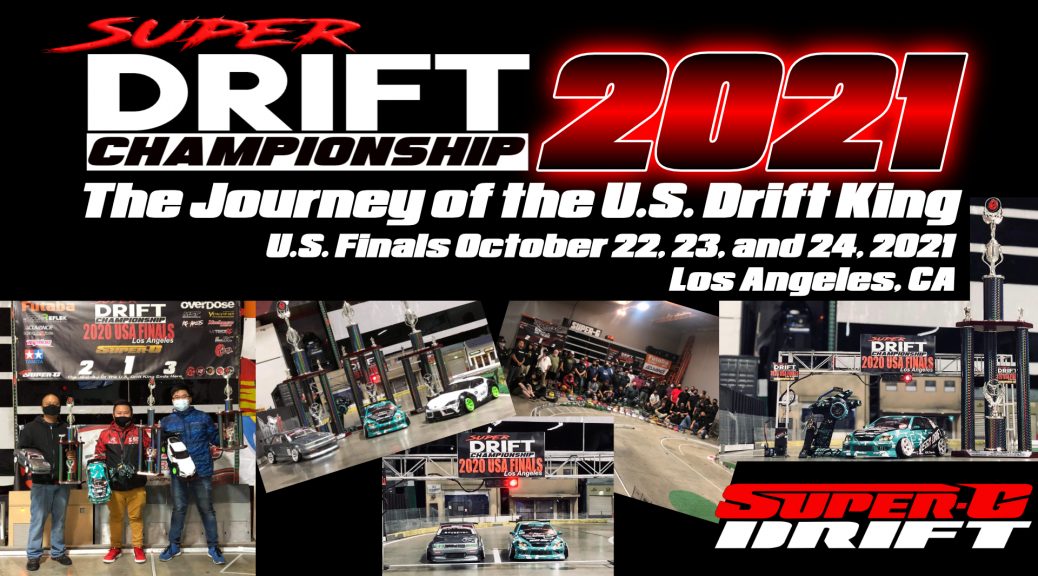 2020 as we all know was challenging for all of us, but despite all the hurdles, the SDC 2020 Finals were awesome! We anticipate the 2021 season to be even better.

The 2020 U.S. Drift King, Mikko Yang will be defending his title this October! Do you have what it takes to claim the crown and the title of U.S. Drift King?

There are 3 ways to qualify for the Finals:
1. Regional Champion (Super-G will provide lodging for the Finals)
2. Podium Finish during the 2021 series
3. Participate in 75% or more of your area regionals

Please note:
Each competitor may accumulate points in ONLY ONE REGION. There are no rules regarding competing in more than one region, but points may only apply to a single regional series. Your chosen region will be the first region you compete in, unless Super-G is notified of your intentions prior to your first competition.

If there is a track or club you feel should be included to host the regional competitions, please reach out to them and let them know you are interested, or you can contact us directly and we can try to set up something in your area.

You can reach me directly at steve.superg@gmail.com

The Finals will be held October 22, 23, and 24, 2021 at Super-G R/C Drift Arena in Los Angeles, California.
Regional Champions will be awarded lodging for the Finals Weekend.