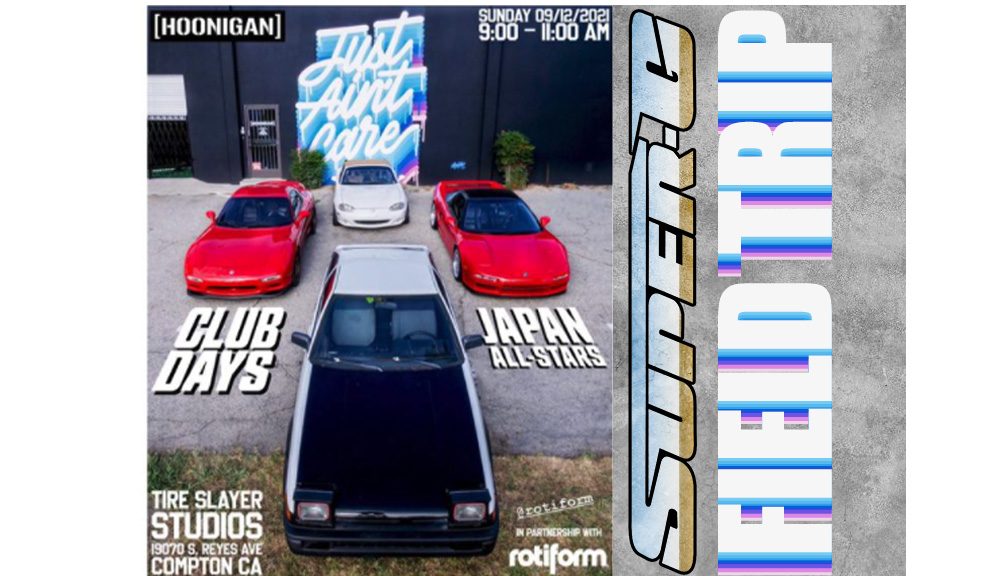 Hoonigan Club Day – JDM All Stars kicked off from 9am till 11am at the Tire Slayer Studios / Bodega. Although we were up late wrapping up our regional finals for the SDC2021 SOCAL Comp the night before, we didn’t want to miss out!

For those of you who haven’t been to the bodega, theres no shortage of awesome Hoonigan merch, amazing car builds, and much more!

There were many amazing builds on display outside. A very laid back cars and coffee type vibe was present. We drifted at the Mini Super-G Drift Arena inside the bodega and wandered around to check out cars. Here are coverage photos. There were so many cars coming and going, it was hard to capture them all. Can’t wait for the next club day!

Our 2 hours was up quick! Since we were open today 11a-4p today, we had to cut out while the event was still popping off! It was nice to catch up with Larry Chen, its been been a while since he’s slid by. We also saw the usual suspects, Hert, Dan, John and even Jolly made it by the track!

It was good weather, good cars and good people! Until next time!