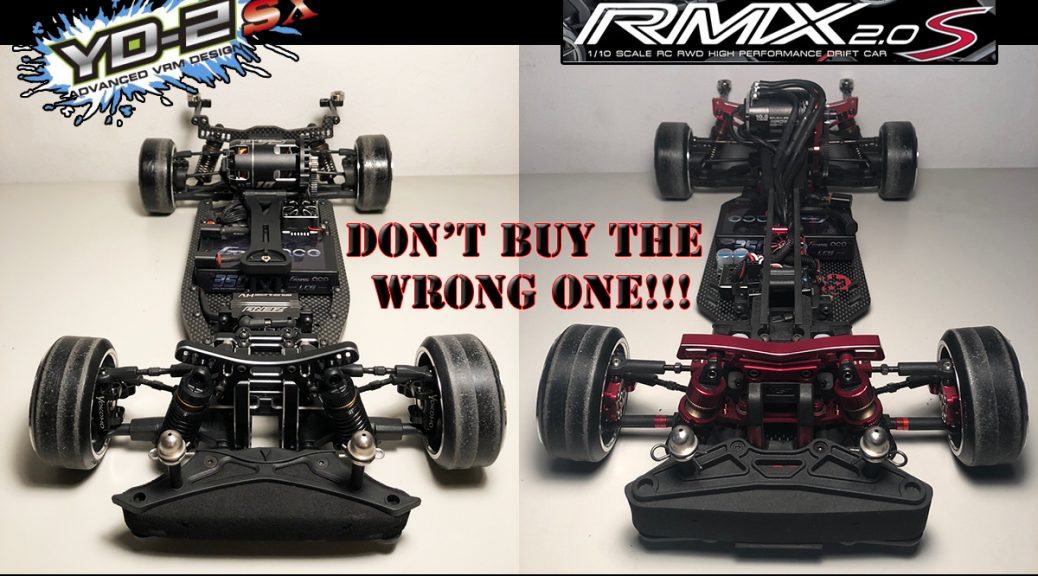 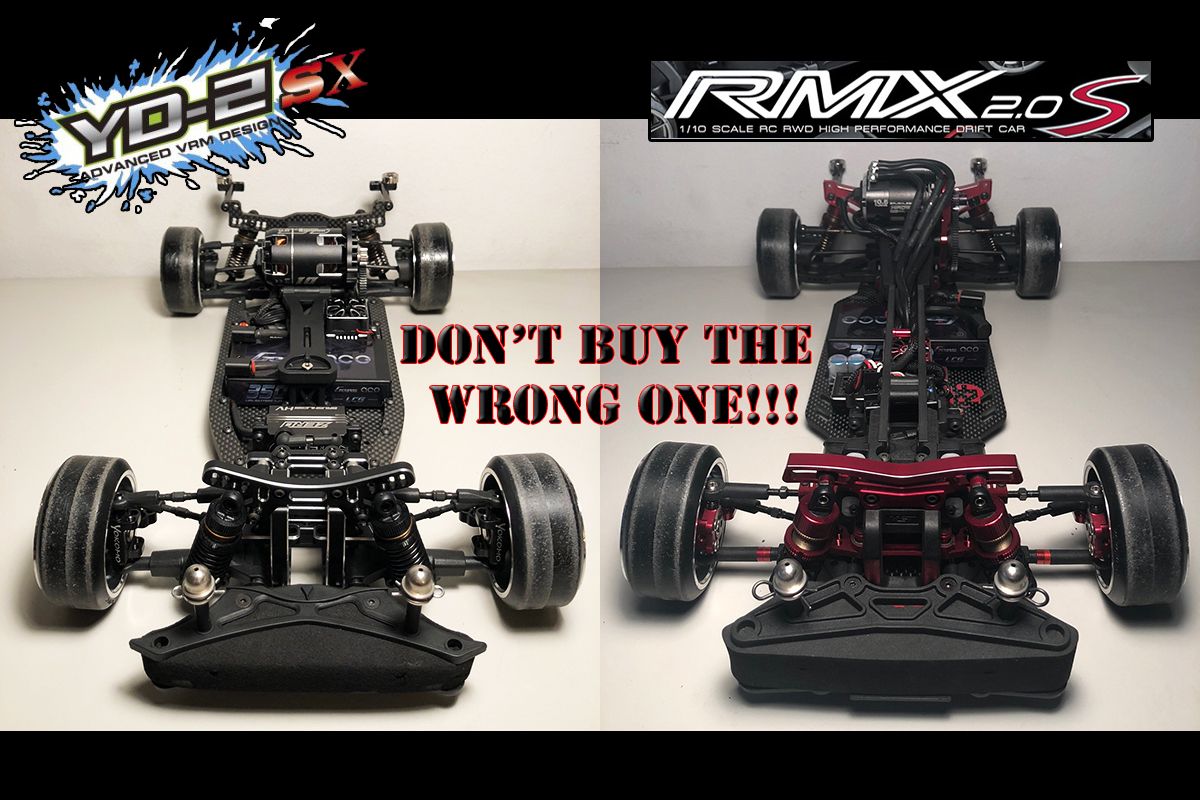 Yokomo YD-2 or MST RMX 2.0s? How many times a day does this question get asked? Too many is the answer. There are as many opinions on this as there are people asking the question. People have their reasons for preferring one over the other, and some are misinformed and just keep spreading what one person may or may not have said or meant. I’m lucky to be in a position where I can try different chassis and different upgrades easily, so I want to share a some of my insight. 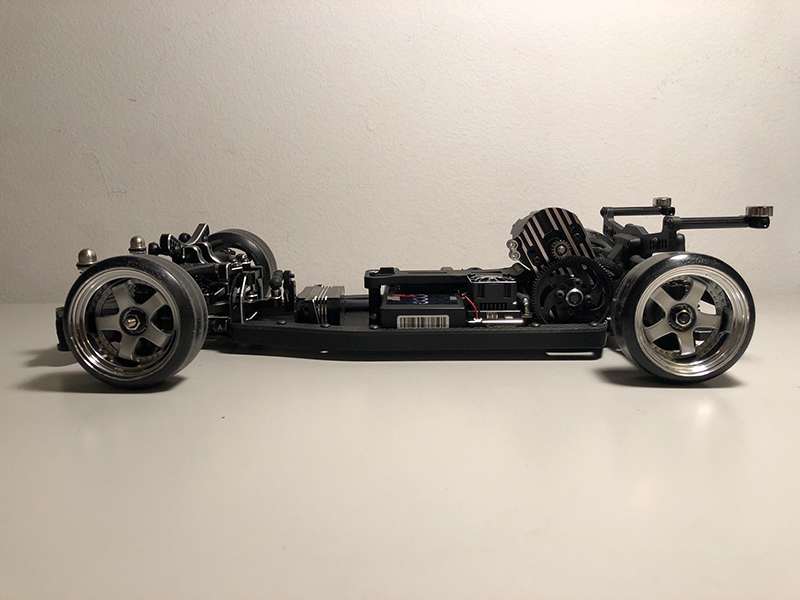 Yokomo YD-2:
A couple years back Yokomo shocked the R/C world when it released the YD-2. Before then, Yokomo was only offering 4WD chassis and RWD Conversion Kits for them. We can all agree they were ok, but less than ideal. The YD-2 came as a basic kit, plastic fantastic, but it was a sub $200 chassis already set up for RWD. Out of the box it was noticeably faster than most other RWD chassis out there. They went to a rear Gearbox design which looked very familiar to all of us who do, or have done off-road buggy. There has been a very loyal following for this chassis. 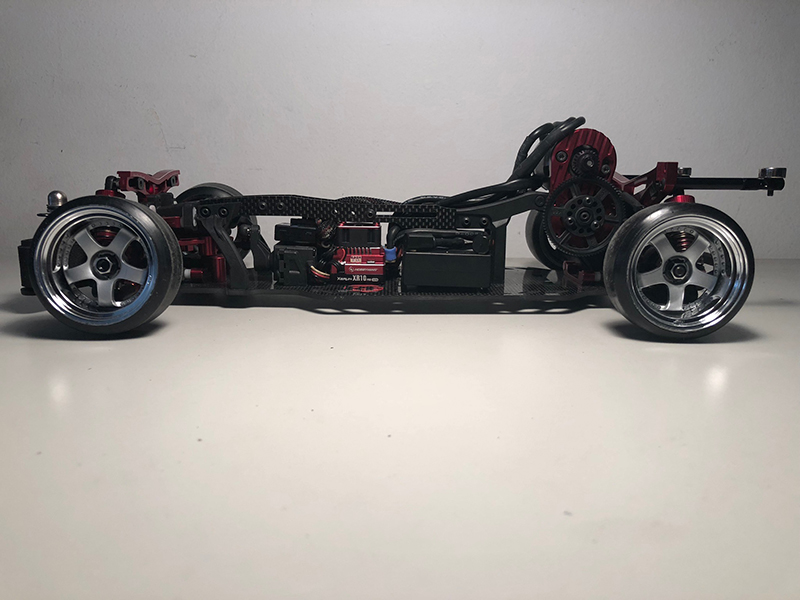 MST (MaxSpeedTechnology) RMX 2.0s:
About a year ago MST released their answer to the YD-2 with their RMX 2.0s. There was a previous chassis called the RMX which was belt drive and not very closely related to the RMX 2.0s. For this write up I will only be talking about the RMX 2.0s, so I will refer to is as the RMX from this point forward. About 3 months before the release of the RMX, there was a lot of buzz about it. Mainly about how the steering would be superior to the YD-2 and would drive well right out of the box with factory settings. When the time came, the rumors were correct. The RMX had great steering right out of the box and drove really well.  MST went with a rear gearbox as well. The RMX seemed to have a slight speed advantage over the YD-2. This chassis has gained a huge fanbase quickly due to the fact it drives so well with no upgrades. As long as it’s built according to the instructions, it performs very well. 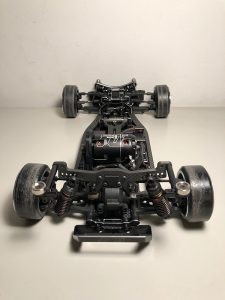 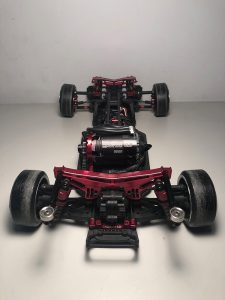 Out of the gate, the YD-2 beat the RMX to the latest style of chassis. I personally did not care for the steering setup that came on the YD-2, but the rest of the car seemed to work really well. I did not want to go to an after-market steering system to make it work better, so I moved on. The RMX worked really well and their steering system seemed to agree with my driving and tuning style more. In addition, MST built into the design, the ability to mount the motor in the high position (Weight-shift). Moving the motor above the gearbox immediately changed the handling characteristics and transformed it to a real winner on low traction surfaces. Sometime after the release of the YD-2, aftermarket high-mount motor plates for the YD-2 started showing up all over, as well as aftermarket steering kits. These 2 additions really closed the gap between these two. 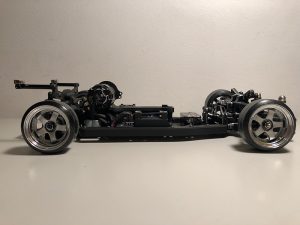 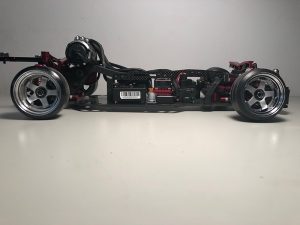 Fast Forward to today.
Yokomo has introduced a good amount of revisions for the YD-2 line. For some this is a negative, others see it as a positive. If you purchased the original YD-2, the YD-2 Plus, YD-2 EX, YD-2S, YD-2S Plus, YD-2E, YD-E Plus, and the YD-2 SX have all been released since then. The YD-2 through YD-2 EX were based on the same design, the EX being the big daddy at about 80% of the upgrades available from Yokomo being included in the kit. The YD-2S introduced the lowered gearbox and high mount motor for low-traction surfaces. The YD2S Plus is the upgraded version of the YD-2S. This year Yokomo introduced the YD-2E to replace the YD-2 and is now coming with a new and improved steering system. The YD-2E Plus is the upgraded version, and the new YD-2SX is the upgraded version with both the new steering system and the high-mount motor. You got that? Of course you do.

MST always does things their way, which is to release something that works well and they continue to build on it. They released the RMX and also the RRX (Rear Mounted Motor) which is basically the RMX with the Rear Motor Conversion included. MST continues to release upgrades for the RMX, all of which are top quality and some of the nicest parts I have seen in R/C.

Upgrades Upgrades Upgrades!!!
Of course we all want upgrades, right? Of course plastic is fantastic, but it’s not as pleasing to the eye. Plus who wants to roll around on their stock hubcaps on their real car? That’s what it’s like rolling the plastic. Nothing wrong with it, but nothing exciting either. 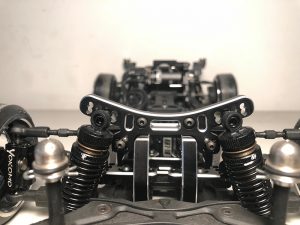 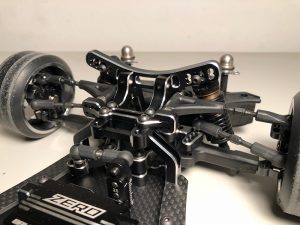 Yokomo produces some really nice upgrades. There is also plenty of companies who make after-market parts as well. Some are good, some are not, so you need to choose wisely. I usually give the manufacturer first shot since they are the ones who designed the chassis. As you can see, Yokomo produces some really nice pieces. I really appreciate their attention to detail. 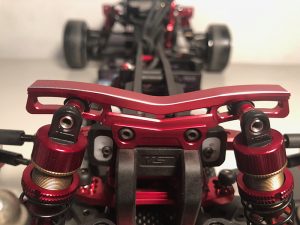 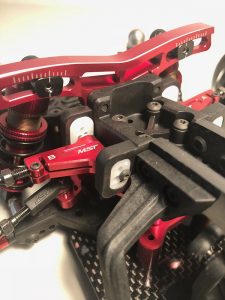 MST also produces some really nice pieces. In my opinion, some of the nicest. What MST lacks in after-market support, they make up with their own parts. Notice the detail on the shock tower with the markings and slide adjustment. MST also offers the shock towers in matching carbon with the standard hole adjustments. 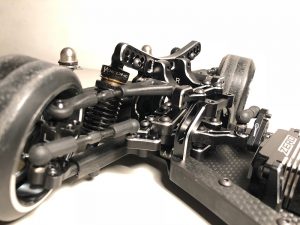 Yokomo Updated and Upgraded Steering. I have to say I really like this new setup. I will be the first to say I did not like the first round YD-2 steering, but the new steering really agrees with my tuning and driving style. Props to Yokomo for making this change! 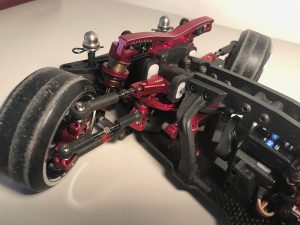 MST released an upgraded version of their original plastic steering setup. It has agreed with my driving and tuning from day one. I was glad to see they made it nicer, added more adjustment, but kept it the same. I’ve always  been a firm believer in having the steering system ridged and with as little slop possible. MST has nailed it! 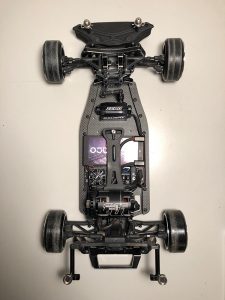 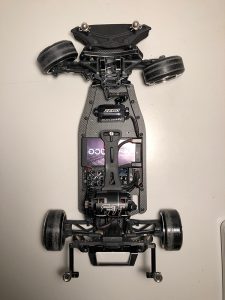 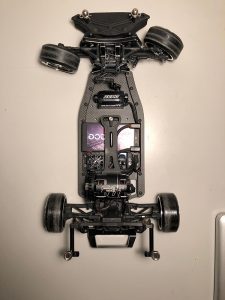 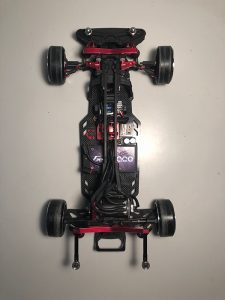 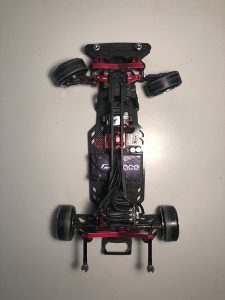 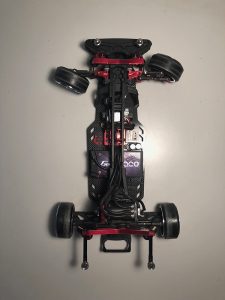 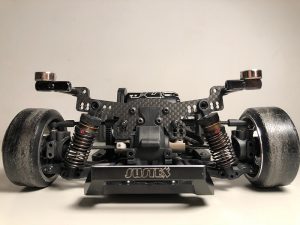 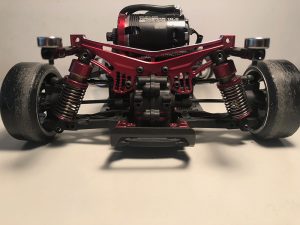 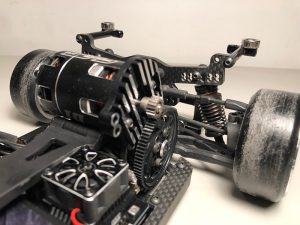 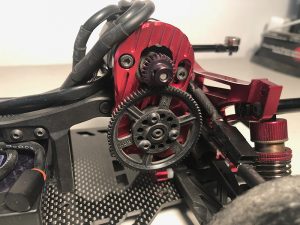 Yokomo just introduced their new style Adjustable Toe Blocks. These are my favorite style this side of what D-Like uses on the Re-R. Offset inserts make for quick and precise adjustments. Much better than buying separate Toe Blocks for each adjustment.

MST released their Adjustable Toe Blocks almost at the same time as the RMX. I was glad since Toe is such an important tool.

The Conclusion:
I am only touching on the similarities and differences between the 2 offerings by these top-notch companies. We have had a lot of people come to our shop so confused by the strong opinions from both sides. In the end, it closely parallels with the iOS vs Android battle. Each side has it’s pros and cons. You will have people who really love one over the other,  and hate one over the other for various reasons. You will also find there is a good majority that fall somewhere in the middle and will go with what they like at the time.

Some of the key arguments I hear:
Yokomo has a lot more after-market support, nobody makes anything for MST.
Partially true – Although there are more companies who produce after-market parts for Yokomo, there are many products which are universal and will work for both. Suspension arms, knuckles, shocks, springs, servo mounts, hubs, wheels, body mounts, etc. Not to mention any custom work can use whatever your imagination can think of.

MST does a lot of research and development, Yokomo just keeps pushing out products and they don’t work well. That’s why you need the after-market support.
Partially true – MST parts tend to work well on the first release, however, Yokomo releases different options, some work better than others, but as long as you can get what works for you, you’re fine.

Presently I have a fully upgraded MST RMX 2.0s and the new Yokomo YD-2SX. They drive very close and I imagine with time they will be even closer. If I had to choose, I would have to flip a coin. The RMX at the moment is slightly easier to drive, meaning more forgiving, but I have had a lot more time with it. At the entry level kit I feel the RMX has a slight edge since the instructions get you a better running chassis. Both seem to be about equal after that.

My personal opinion is, you can’t go wrong with either. So which ever you choose, buy with confidence! We sell both at Super-G and carry the full line of upgrades for both as well. So this is as unbiased as it gets.  Hope this cleared up some questions and concerns some of you may have. See you guys at the track!

Rememeber, keep drifting fun and leave the drama at home!