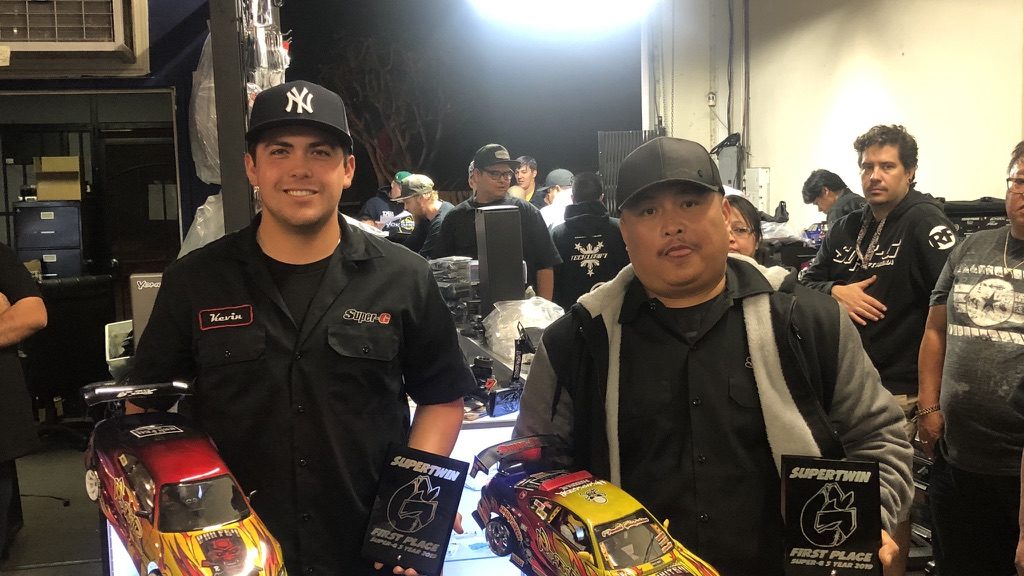 October 18, 2019:
This year at the Super-G 5 Year Event, day 1 consisted of a day long Open Session and a SuperTwin Competition in the evening. For those who are not familiar with the SuperTwin, it is a Team Tandem Competition where teams of 2 compete against each other to see who can put down the best lap. This competition is structured differently than normal Tsuiso Comps in the way it’s approached and judged. The idea is to allow the teams the freedom to perform what they feel will be the best the course. The judging is based on how “cool” it looks. Proximity, Transitions, Style, and Line are just some of the factors taken into account. Basically, make it look better than the team you are up against and advance to the next round.

This time around we had many visitors from outside of the area. Teams from Orange County, San Diego, Palmdale, Fresno, San Jose, Santa Clara, Salinas, Las Vegas, Arizona, and Texas had all shown up to take part in the SuperTwin!

Personally what I really liked was seeing new teams being formed on the fly. People who wanted to compete, but didn’t have a partner to do so were making friends and partnering up to join in the battle. What an awesome way to meet new people!

The Competition
We had 3 awesome judges step up to handle the task. Keep in mind we don’t have any real solid rules, so a lot of this is what the judges themselves decide are the better runs. They did a fantastic job and I have to say that I would have made the very same calls they did. So a huge thanks going out to Mark Santa Cruz (RawFew), Corey Carlstrom (Team D-Style), and Rick Mahaney (Limited Traction)! for a difficult job well done!

For the sake of time, we decided to go with a random bracket order, single elimination. The mood was definitely light and the vibe was all about fun! A lot of joking and some trash talking was going on, all in good fun! I was told by a few that they preferred the Team Tandem Competition over the regular competitions. Others said it was fun, but doesn’t really replace the head to head battles they are use to. Whatever your take, it was a good time!

In the end, It came down to Team RawRide (Jason Fordyce (RawFew) / Allen Gu (Team Wallride)) vs. Limited Few (Kevin Motter (RawFew) / Ryno Degala (Limited Traction)). Both teams put down some insane runs leaving the crowd wondering what the judges would come up with. In the end, Limited Few had run a better line (deeper and more difficult) and that was enough to sway the judges!!!

After the competition, we went straight to the Super-G Raffle (Part 1)! A lot of people walked away with some great prizes, including a Overdose Galm Kit!

Check Out The Winners and Prizes Here!