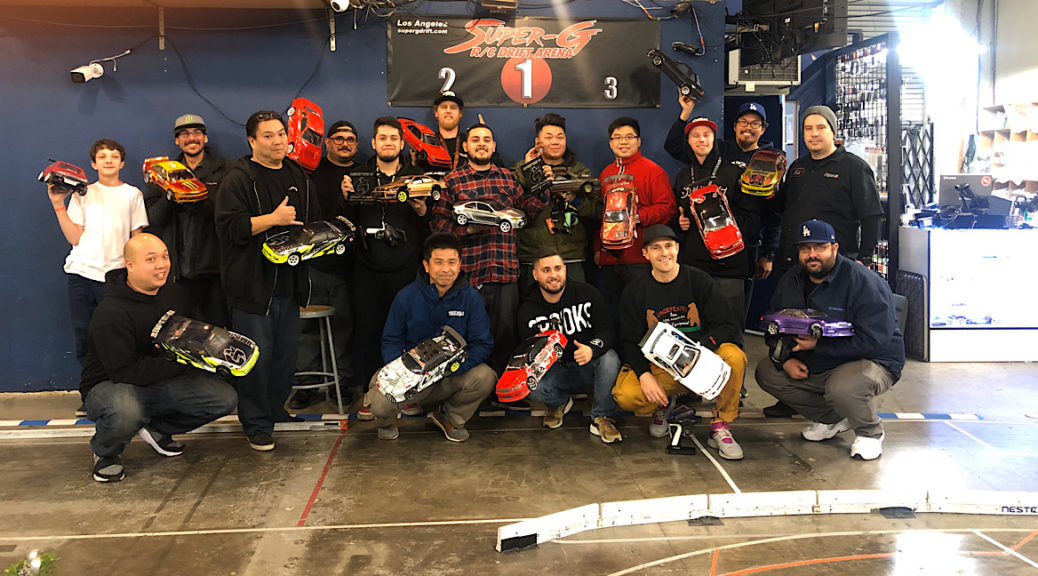 What an incredible weekend here at Super-G! Our brother Takayuki Sone (Sonecchi) from Japan had been visiting us for the past month. Whenever he’s in town, he’s a Super-G regular. For those who are not familiar with Sonecchi, he is a Wrap-Up Next technical advisor as well as a driver from the world famous IROHA WORKS. This time around we decided to have a Twin Tandem Competition, and who better to judge and teach us what is looked for overseas than Sonecchi himself.

This was a great opportunity for all of us here at Super-G since we are all very comfortable with him to begin with. So to get some real advice was a great experience. He took the time to choose and layout the line, as well as the clipping zones. He laid out the rules which had some significant difference than what we are used to here. I was pleased to see everyone adapted quickly.

Being the holiday season, a lot of outside activities were going on, so we expected the turnout to be on the smaller side. Surprisingly, we had a pretty good sized group. Large enough to make it interesting, but small enough to keep things on a more personal level. I learned more this weekend than I have in years.

We had 9 teams of 2, so 18 competitors. That’s not bad at all. We decided Double Eliminations wouldn’t be too crazy, so we went that route. It gave everyone some good drive time, as well as keeping things really interesting.

Due to the fact we had a smaller turnout. We ended up doubling up on the judges so we could keep the judging consistent while allowing the judges to participate. Myself (Steve Fujita), Nick Lepisto, and Sonecchi were the judges for the night. Using the point system Sonecchi introduced, the judging was straight forward and easy to understand. The amazing part is all 3 of us would score the runs within a point or two almost every run. That was a indication of a good system, but also that all 3 of us were looking for the same thing.

The mood was light and the competitors kept it fun. The driving was pretty amazing, with everyone stepping up to the stricter rules and tighter lines. Every team need to be defeated twice to be eliminated, and it came down to the Sellout Boys vs. Recking Kru. The Sellout Boys we’re competing in their first real comp, the Recking Kru are a couple of pretty seasoned competitors. Victor and Ruben put it down and the Sellout Boys (Team Zenshin) defeated the Recking Kru! To make it interesting, the winning team got to battle the judging team which ended up being Sonecchi and Nick. Victor and Ruben kept with the theme of the night and defeated the judging team as well. They retired for the night UNDEFEATED! Not an easy task considering the company they were in.

Congratulations to Victor and Ruben from Sellout Boys / Team Zenshin for a well deserved victory!

All of us here at Super-G would like to give a huge thanks to our brother, Takayuki Sone for setting up and running a very fun and successful event! We all learned a lot and are better drivers because of it! We can’t wait for the next time!