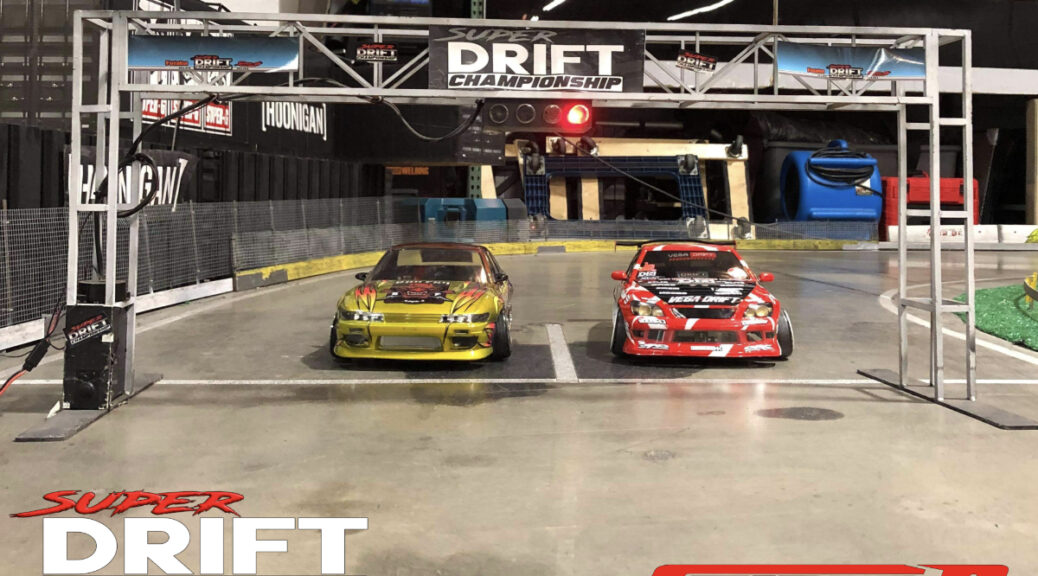 October 10, 2020
What a weekend here at Super-G! I know I always say it just keeps getting better, but this weekend was nothing short of amazing! Most notably, the vibe was very upbeat and exciting!

This weekend there was a lot at stake for a lot of people. Not only was this Round 4 of the Super Drift Championship Series for the SoCal Region, but the final round to accumulate points for the series. This meant not only was there the standard podium trophies up for grabs, but also the Regional Champion title! We had an all new layout for this round just to keep it interesting.

Coming into this weekend, Mikko Yang (Team ReveD / D-Sytle) was coming in as your points leader with a 3 point lead over the next closest competitor. Although a lead is a lead, everyone was well aware that anything could happen in the next few hours, and nothing was for sure. The next closest competitors were Nick Lepisto and Aydin Angulo, both tied for 2nd! The reality of the situation was there were approximately 15 competitors that had a shot at the title.

The Judges
A huge thank you to the judges for the event, Shaine Collins and Manny Campalans for judging along side of myself. It is extremely distracting to judge and compete, but these guys do it event after event. I could not be more proud of these guys, as they always put the good of the community before themselves. Thanks for making this all possible guys!

Qualifying
We started off the competition with our standard qualifying. It was clear this round everyone knew what they needed to do. With the new layout it seemed most were taking it easy, but making sure to stay off the walls and get in those clipping zones.

Everyone was really putting down some great runs, but then Shaine Collins (Team D-Style) was up and he threw down a truly amazing first run! Exactly what the judges want to see. Full commitment and fully filling the clipping zones at the correct angle, and with speed to match. Shaine was able to pull off this pace for the entire run, easily locking down the Top Qualifier (TQ) of the event! TQ is awarded 2 extra points which are very important at this point in the game. Congratulations Shaine!

Tsuiso Battles (Rookie)
First up we had the Rookie Class! This is a seriously exciting class to watch. Especially if you have been to the last 2 rounds. The Rookie Class has a good amount of competitors and watching them grow into expert is awesome! The 805 Drift and the VCRC Street Rides guys are hitting the scene hard! These guys have RC skills no doubt and are doing GREAT!

It came down to the Top 4, Gerald Maugeri vs Eddie Reyes for 3rd and 4th, and Michael Gray and Joseph Maugeri for 1st and 2nd! The winner of the Rookie Class moves up to Expert and gets to attempt to battle their way up to the top.

First up was Gerald vs Eddie. It was an exciting battle! So exciting the first round end in a OMT (One More Time). The next run, Eddie really put it down on both his lead and chase. Gerald did great as well, but it wasn’t enough to hold Eddie off. Eddie locked down 3rd spot on the podium. Then it was time for the finals for the Rookie Class. Michael vs Joseph. Joseph really turned up the wick on this run and really applied the pressure. Then it was Joseph’s lead and Michaels turn to chase. Obviously Joseph was feeling it as his driving was literally transforming before our eyes. Michael had a little mishap coming into the last clip allowing Joseph to claim his spot at the top of the podium, and Michael securing a strong 2nd place.

Expert Class
It all boiled down to the Expert Class for the SoCal Regionals, and everyone who showed up meant business. SoCal’s best had shown up and were looking to take home the title of the Super Drift Championship Regional Champion! The competition was intense and Mikko Yang was aware of what needed to be done. The question was, could he hold on to the points lead and take home the title.

The competition was fierce with everyone fighting for that podium finish! Manny Campalans (Team Futaba USA / RawFew), Shaine Collins (Team D-Style), Jason Ragasa (Tech1Drift), and Mikko Yang (Team ReveD / D-Style) all fought their way though the other competitors to find themselves in the Top 4! With the points being as close as they were, and nobody being confident in their math skills 😜 we went into the finals not knowing what was really at stake. What we did know is the Top 4 were on fire, and Shaine was coming in off his TQ run!

It all came down to Mikko vs Jason for 3rd and 4th, and Manny vs Shaine for 1st and 2nd! It was intense as we all knew Mikko needed to pull off the win to still have a chance at taking home the title.

First was Mikko vs Jason for 3rd and 4th! Mikko unleashed a wicked lead and put some real distance between them out of the gate! Jason quickly made up that gap and gave a great chase from that point forward. Then it was Jason’s lead. Right out of the gate Mikko was hot on Jason’s bumper! He was able to maintain tight proximity throughout the entire run. With a better lead and chase, Mikko landed himself a solid 3rd Place run!

Then it was the Finals, Manny vs Shaine! First to lead was Shaine with an amazing lead run! Something we had come to expect from him all day. Manny was on the chase and keeping good proximity until the crossover where he lost a little ground and had to take a shallower line. Now all that was left was Manny’s lead and Shaine’s chase. They both had their work cut out for them, as they are both aware anything can happen at this point, and it usually does. Manny is out of the of gate with Shaine mere inches off his bumper through the first clip. As they enter the second clipping zone, Shaine makes a slight miscalculation on speed and causes contact with Manny. That was enough to secure the win and the Top Podium Spot for Manny! Shaine took home a very hard fought 2nd Place, and Mikko took home 3rd!

Congratulations to Manny Campalans for really throwing down and showing what he is capable of as he takes home 1st Place! Also to Shaine Collins for the amazing TQ run and wicked 2nd Place run! Finally to Mikko Yang for always bringing the mad skills and landing on the podium every single round this season!