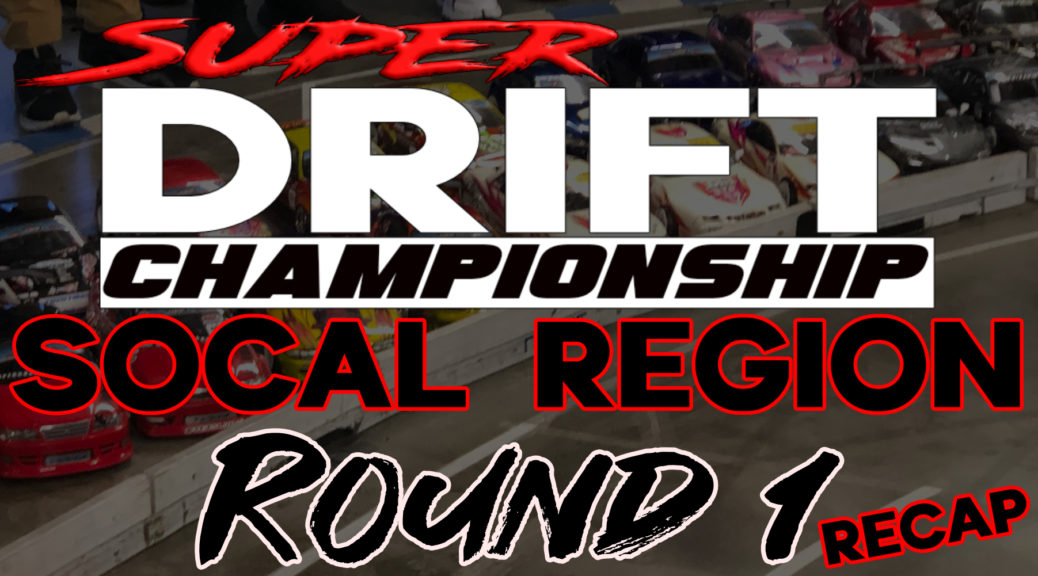 The Super Drift Championship Round 1 for SoCal is in the books and it was nothing short of an amazing event! There were a lot of new faces jumping in for their first comp, so the road to the finals in October is already being paved.

The SoCal Region is hosting a 9 part point series to determine their Regional Champion. The Regional Champion will automatically be entered into the Finals in October and will also be given lodging for the finals weekend.

There are 3 ways to make it to the Finals in October:
Champion of the Regional Series (Lodging Provided for Finals Weekend)
Place 2nd or 3rd for the overall series
Compete in 75% or more of the series (regardless of standings)

We will also be dropping everyone’s 2 lowest scores which basically means you can miss 2 events in the season and not be penalized.

There will also be 2 DOUBLE POINT rounds. This will keep it interesting.

What this translates into is, no matter how you finish, the worst you can do is equal to 5th place. This means even toward the end of the series, you will still have a good shot at a podium spot.

This was the kick off event for the season. After witnessing the level of driving, it’s clear SoCal is going to be bringing the heat to the Finals.

Doors opened at 4p Saturday and right away competitors got to breaking in tires and learning the line for the competition. Nick Lepisto (RawFew), Shaine Collins (Team D-Style), and Mikko Yang (Team Reve D) laid out the line for this months round.

The Return of the Champ
After a commanding win in the 2019 series, Kevin Motter (RawFew) The SoCal Drift King had disappeared from the R/C Drift Scene. It left everyone wondering if he would return for the 2020 season. Just as we were about to open, Kevin shows up to talk about his 4 month break. We were all glad to see he was alive! Ha! We were equally glad to hear he planned to compete, but a little concerned since he had not touched his car in 4 months. Tunes have changed, newer chassis have been released; could he still be competitive?

By the time we were ready to start qualifying, we had 34 competitors signed up. Many were new faces and quite a few were first timers. This is a good sign for the R/C Drift Community since we are seeing growth.

Qualifying:
This season we have implemented a new style of qualifying. I felt it worked very well but it did slow us down a bit since we needed to get into the groove of things. Once we became familiar with the scoring, it started to go a lot quicker.

The Futaba Top Qualifier of the event was Kevin Motter with a score of 94. There was a 3 way tie for TQ between Kevin Motter, Alan Benites, and Jason Fordyce. It came down to the score of their secondary runs. Kevin (87/94), Alan (81/94), and Jason (0/94). Congratulations to Kevin for putting down some great qualifying runs and landing TQ.

As always, we had the lower scoring qualifiers battle it out for the last bracket position. Kris Steele was able to fight his way up into the Top 32! Ultimately finishing in a 4 way tie for 5th place.

We also had the honor of having one of our good friend Justin Pawlak’s son, Jaxsen Pawlack enter his first R/C Drift Comp here at Super-G! He’s just 7 years old and he put down a qualifying score of 32, landing him in 27th position!

Tsuiso Battles:
The season opener has given us much promise as to what is yet to come. The skill level here in SoCal is running high, even the competitors who have just a few months under their belts are really putting down some serious runs.

The Final 4 came down to Josh Espinoza (Team Zenshin) vs. Alfredo Chan III (Tech 1 Drift) for 3rd and 4th position, and Kevin Motter (RawFew) vs. Mikko Yang (Team Reve D) for 1st and 2nd. First up was Josh vs. Alfredo. On Josh’s lead run, he had an unfortunate over-rotation on the second clip, securing the win and 3rd spot for Alfredo!

Then it was time for the battle for 1st and 2nd. Kevin vs. Mikko! Kevin was leading, Mikko on the chase. These two are no strangers to this situation, so the pressure was on. Out of the gate, it’s business as usual. Kevin putting down a clean run with a lot of angle and as deep as he usually is. Mikko bringing that tight proximity. Then it happened, Kevin knocks over the ScaleReflex Cone at the Inside Clip on the chicane. Kevin scores a Zero for his lead. Mikko’s chase was on point. They switch it up and Mikko is leading, Kevin chasing. Out of the gate Mikko is running a clean line, Kevin is applying that pressure! Mikko is putting down a great lead, Kevin’s chase is the very definition of pressure at it’s highest. Coming into the last turn, it happens. Mikko clips the last cone sending it flying, and effectively scoring him a Zero for his lead as well. An unbelievable turn of events, and cause for a OMT (One More Time).

OMT Time! Kevin takes the lead position again, Mikko on the chase. Kevin proceeds to really turn up the heat and lays down a close to flawless run, if not flawless. Extremely deep, filling each clip as completely as possible and with a much angle as possible. Mikko was right on his tail, giving that pressure that makes even the most seasoned drivers feel it. This time around Kevin was cone free. Then it was Mikko’s turn to lead and Kevin chasing. Mikko puts down a clean lead and Kevin puts down some serious proximity following Mikko’s line to a T. Again, clean run! After reviewing, the winner was clear. Kevin pulled off great proximity on his chase without sacrificing line, where Mikko had to go shallow on the first clip to maintain proximity. Then on the leads, Kevin rode the outer line at the limit for the entire course, including the last roundabout, where Mikko had shallowed up in the initiation. Both competitors pulled off some amazing runs, but in the end, Kevin’s runs had that edge and enough to land that Top Podium Position!

Jeff Yang from 7demo7 got some great footage of the battle for 1st and 2nd place here:
7demo7 YouTube Channel

Special thanks to the judges for the event. Shaine Collins, Manny Campalans!