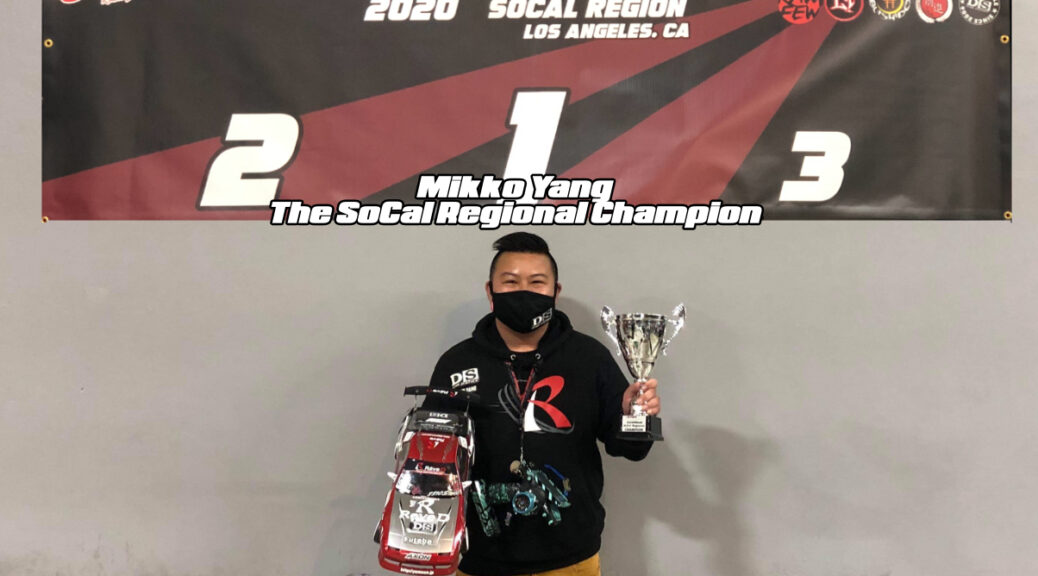 Mikko is one of our local drivers who religiously participates in our competitions and events. He’s been with us since Super-G opened doors 6 years ago! So it’s very fitting with all his hard work and dedication to the hobby to see him as our first SoCal Regional Champion. He battled the best SoCal has to offer, and he came out on top! Mikko has fought hard this entire season and has been consistent in landing podium finishes for every round this year! He has traveled overseas to Japan multiple times to compete at the world renown Yatabe Arena, and has toured many of the world famous drift circuits as a well. In recent years he landed a Team Yokomo Sponsorship and more recently a Team ReveD Sponsorship, this alongside of his Team D-Style he has been a part of for as long as I can remember. We are all proud of his accomplishments and this is just another notch in his belt! Congratulations Mikko!!!

These are the Top 3 Drivers SoCal has to offer! Being Top 3 is no easy task, and these 3 worked hard for it! The upcoming Finals promise to be exciting and something not to be missed!!! Keep an eye on these guys! They have shown they have what it takes to step up and not cave to the pressure. Congratulations Mikko, Manny, and Shaine!!!

October 10, 2020
This weekend was the conclusion of the Super Drift Championship Regionals for SoCal. With COVID upending just about everything in life, it’s been a challenge to keep things straight to say the least. Originally we had 9 rounds scheduled, but after round 2 we had the brakes slammed on us and everything went into lockdown. We had all but lost hope to continue the series, but then suddenly other parts of the nation started to open up and we started to see other regions pick up where they left off and start their regionals again. We didn’t want to disappoint, so we started moving as fast as we could to get our region going again as well.

October 24, 2020 Super-G will be hosting the Super Drift Championship USA Finals here in Baldwin Park, CA.
Due to COVID, we will be hosting a Special Qualifying Round for those who did not meet the minimum requirements to be entered into the Finals. Schedule to be announced at a later date.